Is Composting All It Is Cracked-Up To Be? 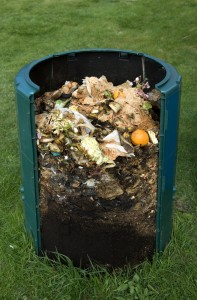 The simple answer to that is an emphatic “NO!”.  Councils across the country have all jumped on the composting bandwagon in an attempt to go green and meet the EC landfill directive and government targets.  But hold-on is composting really all it is cracked up to be?  Yes, it is marginally better than sending food waste to landfills but what are the downsides?  Various studies have revealed the following insights:

1. Composting converts food waste to heat, methane (if insufficient oxygen/air is around) and carbon dioxide.  None of these are good for the environment.  No energy is recovered.  No carbon dioxide is offset (ie substituted for other fossil fuel consumption).

2. Composting still leaves a problem of 1/3 of the waste as final compost – what do you do with that?  There is only so much your garden needs!

3. While the food is still fresh it will attract flies, vermin and other disease detrimental to human health.

4. Composting cannot dispose of grease, fat and poultry bones.  Leaving these in your compost heap will cause it to smell and attract vermin.

5. Centralised composting facilities require transport of the waste to the facility, energy to run it especially to turn it to avoid any anaerobic breakdown occurring which would result in harmful methane production.

6. Inconvenience – annoying buckets or “caddys” to contain the food waste are needed along with frequent trips to the compost heap both of which take up space (which you don’t have if you are in a flat – which rules out a sizeable percentage of the population who do want to go green and recycle).  Add in the mess, the need to use liners, the time to manage the heap itself and ask yourself if it is worth it and if so who benefits? 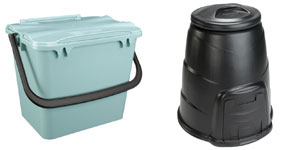 A waste disposer offers a much better solution to disposal of kitchen waste.   All of the above 6 drawbacks are resolved.  The waste is instantly disposed off with no fuss or mess left and it is sent directly for recycling into useful energy at the sewage works.  All the energy lost to the atmosphere in composting is instead recovered from the food earning carbon savings and credits.   Far better for the home and the environment to invest in a waste disposal unit which really does the job much better than composting.