UK Families Throw Away a Meal a Day 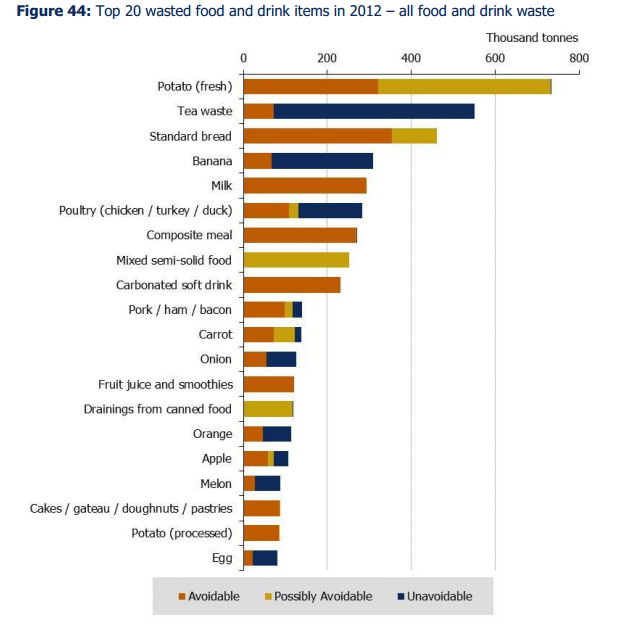 £12.5 bn of Food was Thrown Out buy Britons Last Year

The average UK family is wasting £60 a month by throwing away the equivalent of an entire meal each and every day, according to the latest report from the Waste & Resources Action Plan (WRAP).

According to the report’s author Rebecca Smithers Britons are chucking out the equivalent of 24 meals a month, adding up to 4.2 million tonnes of food and drink every year that could have been consumed. Almost half of this is going straight from fridges or cupboards into the bin.  One-fifth of what households buy ends up as waste, and around 60% of that could have been eaten.

Last year a total of 7m tonnes of food and drink was thrown away from our homes.  This is enough to fill Wembley Stadium nine times over!    As much as 4.2m tonnes of this was classed as ‘avoidable’, 1.2m tonnes was considered ‘possibly avoidable’ and 1.6m tonnes was declared as ‘unavoidable’ (banana skins, tea waste, poultry bones etc).  Bread, potatoes and milk were the top three food types that were thrown away followed by poultry and composite meal.  All of these – including even the poultry bones – can be quickly dealt with by a waste disposal unit.