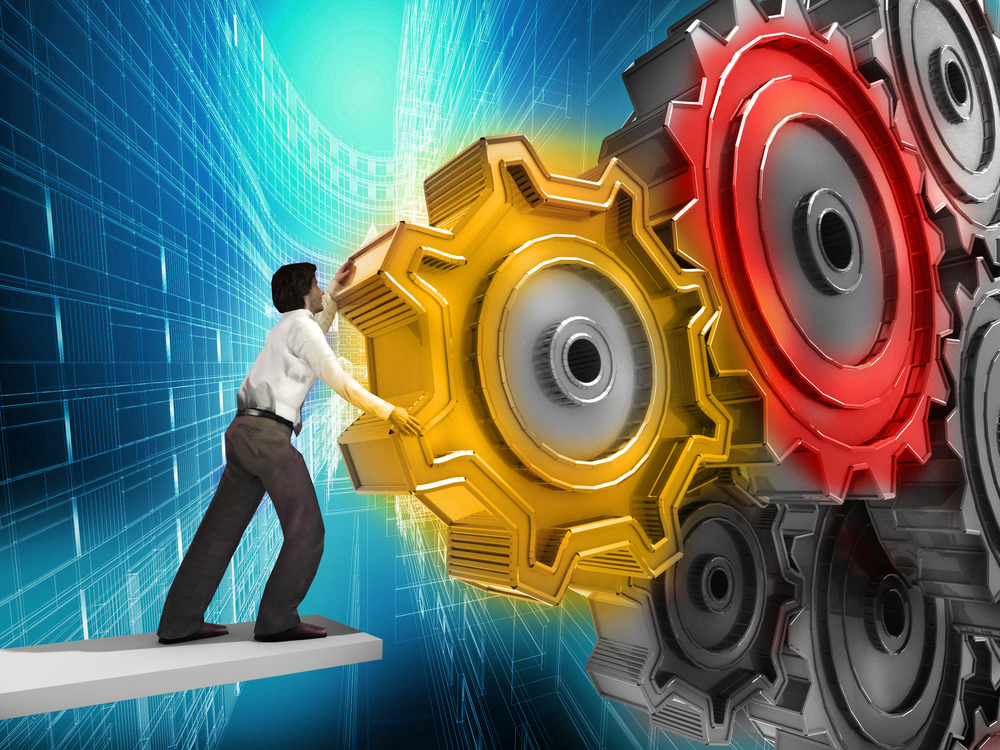 What is Grinding Power for a Waste Disposer?

The engineering word for the twisting smashing force that a waste disposer applies to it’s contents is called torque.  It is proportional to the radius multiplied by force applied at the impeller. This force and the supply of energy needed to maintain it are at the heart of a waste disposal unit’s design.   The energy needed to force the food waste through the grinding ring comes from the electric motor and is translated into rotational energy which is stored in the turntable, which is an example of a flywheel.  The energy is transferred to a flywheel by applying torque to it from the electric motor, thereby increasing its rotational speed, and hence its stored energy. Conversely, a flywheel releases stored energy by applying torque to a mechanical load, thereby decreasing its rotational speed.  It is this store of energy that gives the grinder its instantaneous power especially if it meets a tough bit where the turntable will loose energy and slow down as a result.  If the process continues too much then the turntable will slow and even stop making a jam occur very easily.

The max torque occurs when the unit is turned on as there is no friction or load on it.  In the case of Waste King, which uses permanent magnets, the full power is delivered on the first turn whereas with induction magnets (that are used in Insinkerator disposers) this is not the case as the magnets need to be energised which takes a second or two.  Whilst this may sound insignificant it is not because that is often the point at which a jam occurs because instead of getting a good strong high energy chop the waste gets a slow but accelerating cut – try it yourself with a knife and hard vegetable on a cutting board. 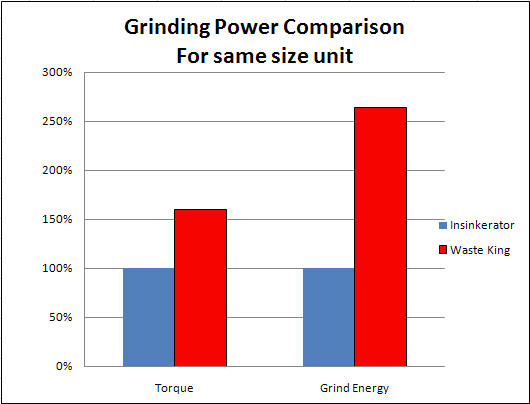 Since the amount of energy stored in a flywheel is proportional to the square of its rotational speed it follows that if you have 2 identical units one running at twice the speed of the other then the amount of energy stored and available for grinding – ie grinding power, will be 4 times.  The Waste Kings typically run at 2,800 rpm whereas Insinkerators run at 1725 rpm which equates to almost 3 times the grinding power available along with a 60% higher torque.  These fundamental facts of physics are put to effective use in the simple engineering design of a Waste King.  It is one  – but not the only – reason why Waste Kings never get jammed from food unlike Insinkerators which regularly jam and need to have a complex autoreverse electronic controller and a jam wrench to free up the unit each time it jams.  The Waste King’s design is simple and has changed little over the decades as there is no hassle from jams.  It needs none of this overly complex nonsense which only gives more to go wrong making them less reliable and ultimately more expensive in terms of time and cost to the customer.